Pepper is the most widely used spice in the world and known as “King of the Spices”. Pepper crop is native to South Asia and historical records reveal that Pepper is Ceylon Black Pepper

Black Pepper – the hot spice that is known to be the “King of spices” widely used as a flavour ingredient all around the world is particularly the favourite among Spice Lovers.

The distinctive pungent effect it gives, makes it a unique spice used by many as even a pinch makes some super creative spicy savory dishes.

Among the several varieties of Black Pepper, Ceylon Black Pepper is the one with the highest amount of Piperine (the alkaloid responsible for its characteristics) which in turn exhibits its rich spicier taste with some wild floral & citrus notes along with a sharp aroma making it the superior variety preferred over other types by those who have mastered the art of cuisines.

Ceylon Black Pepper can simply be sprinkled on anything but it particularly makes ones taste buds wander in mesmerized cravings if sprinkled on – soups, meat, steamed vegetables, vegetable curries, salads, sauces and many more including some fruit juices…

The high reputation Black Pepper has gained over the years is as the spice of great medicinal value out of which some are listed down here:

So if you’re a spice lover or a natural food lover whose taste buds crave to take a plunge into some rich flavours by nature, make sure you buy the Superior kind: Ceylon Black Pepper.

These are some notes we want to add here about what we sell through KAgroo. 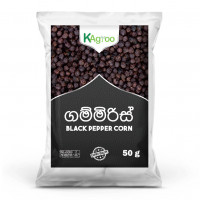 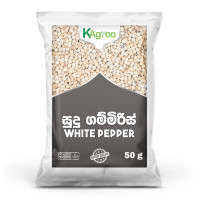 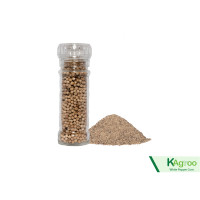